On May 04, 2022, The Department of Computer Science hosted a reception titled “The Passing of The Torch Ceremony” to honor the Spring 2022 graduates in the ACM Chapter at Sam Houston State University. A total of seven students were recognized for their achievements: Rex Acharya, Brandon Fahrenfort, Roger McCoy, Joshua Renfro, Penelope Miller, Joshua Prince, and Amanda Rincon-Morales. Each student had the most influential professor in their career at SHSU don them with their ACM graduation cord. In addition to honoring the graduates, it was also a networking event with alumni to ask them questions about life after graduation working within the industry. Ashar Neyaz was awarded the “Best Doctoral Student” in the department. He is graduating in August 2022 with his Ph.D. in Digital and Cyber Forensic Science. He has accepted a position as an Assistant Professor of Cybersecurity at the Wentworth Institute of Technology in Boston, Massachusetts. The event ended with a trivia game; all had fun. 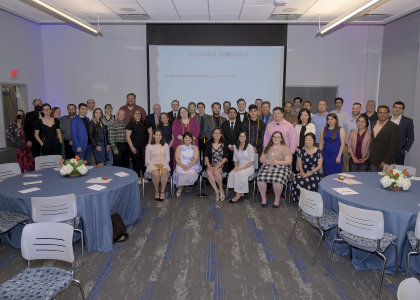 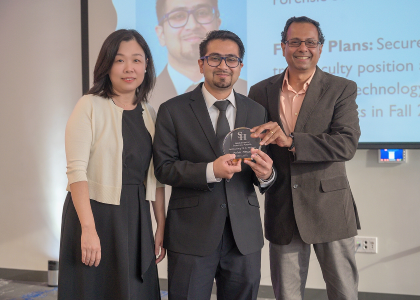 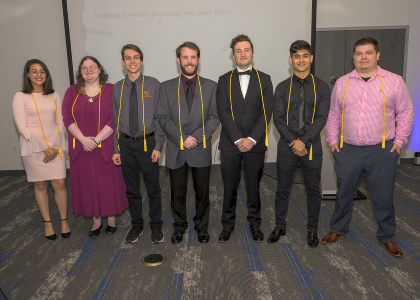 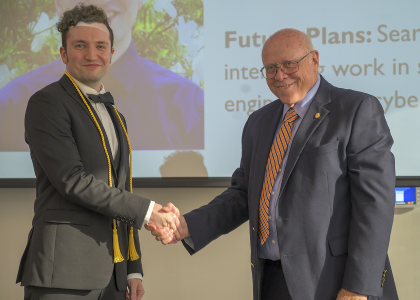